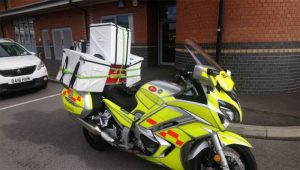 As the end of our busiest year yet is approaching it felt like a good time to write to thank all at the Higgi team once again. Vampire 8 remains our most used machine, currently completing 18,200 miles since becoming part of the Merseyside and Cheshire blood bikes. As mentioned on previous reports Ireland is […] 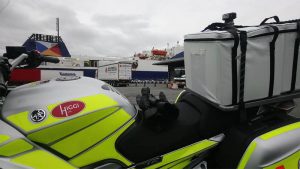 Vampire 8 has had a very busy month in June helping Merseyside and Cheshire blood bikes to complete 550 runs. It has now completed 13800 miles for our group making this one very busy machine. Vampire 8 still is our go to bike for any of our urgent blue light jobs and without this fantastic […] 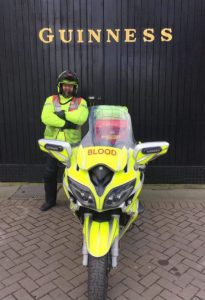 Vampire 8 has just completed its second service at 11000 Miles, A remarkable distance for any bike of this age, and an incredibly resilient machine. As you can no doubt guess from the mileage, this month has been little different from previous reports. Vampire 8 is still a very busy bike. As usual most of […] 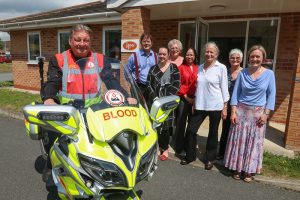 Another record breaking month, January saw us complete a total 591 runs (this time last year, the idea of being close to 600 runs was unheard of) things are looking good for February too as we expect to hit job 1000 of 2018 before the end of the month. As expected Vampire 8 has been […] 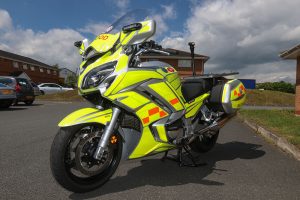 October & November have once again been busy months at Merseyside & Cheshire Blood Bikes, Record run stats show 558 Jobs in October & 530 Jobs in November with a further 2 days to go till month end. With pre-arranged runs now at 10 per day, There is another 20 to come in without the […] 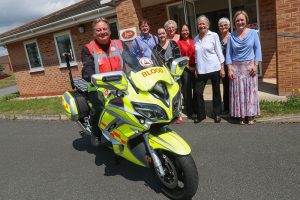 As always it has been a busy month for Merseyside & Cheshire Blood Bikes; the group is still breaking the 500 runs a month mark and the entire fleet has been extremely active as usual. Vampire 8 is currently our preferred machine for the Graveyard Shift. Due to its age, it is our most reliable […]

Since the Last update Vampire 8 has reached an amazing 2500 miles. As well as appearances at numerous fundraising events, Vampire 8 is still on duty pretty much everyday to provide service to the NHS. As this is one of our Blue Light Equipped bikes it is best served on Duty around Liverpool Central so […]

Higgi has been thanked after buying a new vehicle for blood bike volunteers. The Blood Bike’s aim is to relieve sickness and protect health by providing emergency transport of urgently needed blood, donor breast milk, drugs, human tissues and other medical requirements between hospitals, hospices and blood transfusion units primarily but not exclusively in the […]

Quality and service without compromise

Any cookies that may not be particularly necessary for the website to function and is used specifically to collect user personal data via analytics, ads, other embedded contents are termed as non-necessary cookies. It is mandatory to procure user consent prior to running these cookies on your website.